The sweet smell of PLAY-DOH Is now a trademark 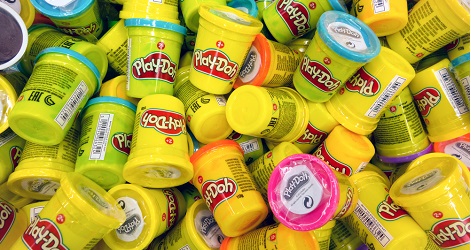 How did Hasbro successfully register a scent as a trademark? Jeffrey Kaden of Gottlieb, Rackman & Reisman analyses the application.

On May 18 of this year, the U.S. Patent and Trademark Office issued a federal trademark registration for Hasbro’s trademark application in connection with PLAY-DOH’s “sweet, slightly musky, vanilla fragrance, with slight overtones of cherry, combined with the smell of a salted, wheat-based dough.” It is a scent that, to many, brings back fond childhood memories. So how was Hasbro able to obtain a trademark for the PLAY-DOH scent, ostensibly giving it the legal right to prevent others from creating confusingly similar scents for similar products?

Under certain circumstances, even scents may function as a trademark so long as they cause a consumer to associate a particular product with a single commercial source. The difficulty, as with other non-traditional marks (such as sounds, colors, product configurations), is determining when a scent functions as a trademark. In other words, (a) when does a scent become non-functional and (b) when does a scent become distinctive so that it can be protected as a trademark?

And even if a scent is determined to be non-functional, as with a product configuration, sound or color, it can only be protected as a trademark by proving that the scent has achieved acquired distinctiveness. The amount of evidence needed to establish acquired distinctiveness of a scent is, not surprisingly, quite substantial.  Such evidence includes the length of use of the scent, the quantity of sales of products containing the scent, substantial and continuous advertising that promotes the products with the scent, and statements by both consumers and those in the applicable industry that the scent functions as a source indicator.

For Hasbro, it was able to successfully argue to the Trademark Office that the smell of PLAY-DOH has achieved  acquired distinctiveness, that it has become increasingly recognisable since its inception in 1956, in large part because the aroma recipe has “remained largely unchanged.” In support of its trademark application for the PLAY-DOH scent, Hasbro submitted examples of advertising which promoted the scented compound and pointed to the fact that the scent had been featured in numerous marketing and promotional materials and campaigns over the years, including a campaign that ran in 2012-13 appropriately titled “Stop and Smell the PLAY-DOH.” Hasbro also submitted evidence that chronicled the sales success of the PLAY-DOH product as well as numerous unsolicited press articles that described the distinct nature of the PLAY-DOH smell.

On the issue of functionality, Hasbro explained that the scent of PLAY-DOH does not have any functional advantage over the smells of competitive products and does not impact the performance or efficiency of the PLAY-DOH product. It also submitted evidence of many other modelling compound products, each using a scent that is different from the PLAY-DOH scent, thereby demonstrating the availability of alternative compositions that could still compete with PLAY-DOH.

Hasbro’s overwhelming submission to the Trademark Office was convincing and Trademark Registration No. 5,467,059 was ultimately issued. So now what? It is simply rather hard to imagine another company making a modelling clay with a smell so similar to Play-Doh’s that it would infringe upon Hasbro’s trademark. And being rather practical, most consumers purchase PLAY-DOH not because of its smell, but rather because of what it is physically is and does. So for Hasbro, while the publicity and notoriety in receiving a registered trademark may well make filing for trademark protection for the PLAY-DOH scent (and the time and expense that was incurred in doing so) highly worthwhile, it is very hard to envision Hasbro ever having to actually assert its registered trademark rights in the smell of its PLAY-DOH product.