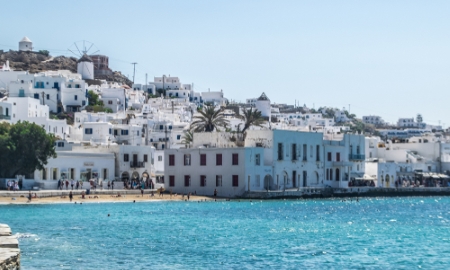 The Greek authorities have conducted a raid on the Greek island of Mykonos.

Greek authorities seized two point of sale (POS) machines linked to banks in Switzerland in an operation to crack down on the evasion of tax at two Louis Vuitton shops on the Greek island of Mykonos. POS’s are used by retailers to conduct credit card transactions and to collect money from credit cards via banks; and by Greek law, all POS machines must be linked to banks originating in Greece to avoid tax evasion. The two POS machines were confiscated from Louis Vuittons’ main Mykonos store in Chora and from the brand’s pop-up store at Nammos Village, a new fashion shopping destination. Louis Vuitton, owned by parent company LVMH, has yet to comment.