Generic trademarks: a headache or a blessing? 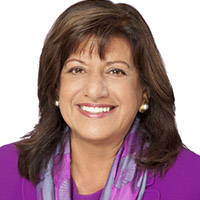 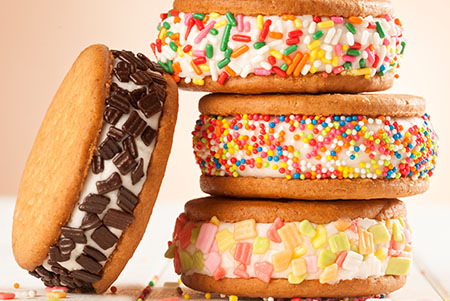 Diana Muller of Gottlieb, Rackman & Reisman, P.C. looks at the importance of policing trademark usage, particularly when a brand name has evolved to become a generic product term.

The world of trademarks is quite fascinating. Individuals and companies invest large amounts of money and resources in the creation of brands that are fanciful and arbitrary. At times and despite their efforts or perhaps, due to their efforts, these brand names become the names of particular products or product categories. Many feel quite proud and rather flattered when creating a product name that becomes, in the consumers’ minds, the identifying term for the product itself. The role of trademark lawyers is precisely to discourage enthusiastic clients from using their trademarks in a generic way or allowing others to do so. Lack of policing their trademark usage may ultimately result in the term losing its trademark significance, and destroying a valuable asset that ends up as a generic term defined by the Webster’s Dictionary.

When selecting a mark it is important to choose a term that consumers will be able to remember. It is also important that the mark be protectable and registrable. This is the reason why the strongest category of trademarks and most easily protectable are fanciful, invented words. It can be a totally invented term such as POLAROID for instant cameras, or KODAK for disposable cameras or an existing word applied to non-related products such as APPLE for computers, computer services mobile phones and software.

However, many brands that originally started as strong trademarks eventually became generic because of a lack of proper trademark policies on the part of their owners, or simply due to their long–term lack of trademark use (such as ESCALATOR, THERMOS and ASPIRIN).

There have been many stories of companies that were quite diligent in protecting their valuable assets, including their trademarks and logos, by pursuing strong actions against violators of their rights. The famous trademark CHIPWICH for “an ice cream sandwich made of ice cream between two chocolate chip cookies and rolled in chocolate chips” became a sudden success among children, and also adults, in the late 1970s. The CHIPWICH product was created by Richard LaMotta (a former video engineer at CBS) and Sam Metzger (an attorney). Mr LaMotta worked very hard to create the right product in his basement, while probably gaining some pounds during the process! His company launched a campaign for the CHIPWICH product in 1981, and registered their trademarks in the United States and several countries. The actual ice cream sandwich design product was also registered as a trademark. However, the drawing for the ice cream sandwich design showed a bite removed, because the USPTO would not have granted such a registration otherwise. This design with the bite removed appeared on packages, advertisements and other literature, and was the subject of a licensing program for a variety of products.

Good Humor and other companies’ vendors and kiosks went into a frenzied campaign to offer similar products utilizing signs with the term “chipwich”, or just claiming to offer chipwiches. This trademark was in the process of becoming the generic name for the products, except the owners took action to prevent third parties such as Good Humor from genericizing the brand. The Chipwich company sued Good Humor, alleging that the company had unfairly copied CHIPWICH. Federal District Court Judge Richards Owens clearly stated in his decision: “If someone comes to a Good Humor man and says: I want a Chipwich, the vendor has got a duty to say: we don’t have chipwiches, we have Good Humor products” (Kirk Johnson, June 20, 1982 The New York Times). The founders of CHIPWICH sold the business to Dreyer’s, a Division of Nestle, and the trademark and logo are currently owned by CRAVE BETTER FOODS, LLC.

Another excellent example in the babies’ world is Gerber Childrenswear LLC, a subsidiary of Nestle, the owners of the famous brand ONESIES. Gerber has claimed to be “the creators since 1982 of the distinctive name ONESIES as a trademark”, per a complaint filed on September 2, 2011 against Tonny Sorensen and California Christiania Republic LLC, regarding their use of the mark ONEZ. This case was filed in the United States District Court for the District of South Carolina, Greenville Division. Gerber instituted said action alleging trademark infringement, false designation of origin and unfair trade practices. Moreover, Gerber alleged that the term ONESIES is the subject of registered trademarks that developed secondary meaning in the minds of the consumers. The case was eventually dismissed.

Gerber owns five registrations and one application for ONESIES (U.S. Reg. Nos. 5413074, 3488401, 2549557, 1292981, and Serial No. 86354203) for Infant's and children's clothing, namely, infant wear, underwear, bodysuits, underclothes and undergarments. Although the term ONESIE is not registered by Gerber, it is also part of the trademark strategy of Gerber to claim that anyone using ONESIE or a similar name such as “ONEZEES” would be infringing on their rights in ONESIES on the basis of confusing similarity.

Gerber has been very aggressive in sending cease and desist letters to many small businesses who may be using ONESIES not knowing that such popular term is the subject of federally registered marks. However, one wonders if ONESIE or ONESIES can, in fact, be protected. The one-piece outfits identified by Gerber’s registration for ONESIES have become the most popular piece for babies, and are commonly given as gifts at baby showers. Mothers buy them in great quantities. Hundreds of companies manufacture and sell these items and refer to them as ONESIE or ONESIES. ONESIE and ONESIES are commonly used words.

According to WIKIPEDIA: The term onesies (with an “s” at the end) is a brand name for infant bodysuits that is owned by the Gerber corporation, and the term is used generically for infant bodysuits in the US”. Gerber must be quite troubled by this definition, which certainly indicates that the term is used generically. It is interesting to note that “onesie” has also become the designation of a particular casual jumpsuit for adults. This item evolved from the Siren Suit, a one piece garment for the entire body, and the Union Suit wore by Winston Churchill, a long piece underwear which was advertised in 1902 in the Sears Roebuck catalog. The only trademark registration found including the terms UNION SUIT was owned by The International ladies Garment Workers’ Union Corporation, located in New York. Their registration (now cancelled) was for the service mark: NOTHING SUITS US LIKE OUR UNION SUITS, which was obtained in 1982 for “promoting the interest of union garment workers”.

So far, none of the large children manufacturers have challenged Gerber with regard to its claim of ownership of ONESIES. Gerber has instituted strong trademark usage policies regarding ONESIES. This company has included many requirements for proper trademark usage in their website. For instance, the website dictates that ONESIES: (i) cannot be used as a noun; (ii) should only be used as an adjective to modify nouns; and (iii) an appropriate generic term must appear after the trademark. The term “brand” is always used under ONESIES and ONESIES in a stylized version. The ® is also displayed.

These policies are good but the market may respond in a different way. In the meantime, kudos to the companies that can maintain these trademarks, since they continue to be incredibly good assets!