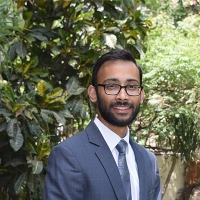 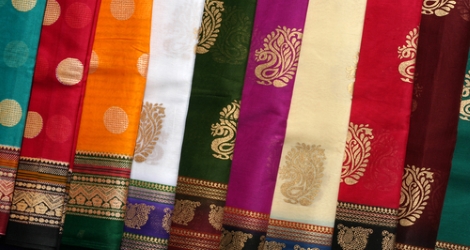 India became the 62nd nation to ratify the Paris Climate Change Agreement on 2 October 2016.  Prime Minister Mr. Narendra Modi, during his speech at the opening of UN Conference of Climate Change in Paris had set the ambitious targets for us to reduce the greenhouse gas emissions by 33% and operate at least 40% of installed capacities on non-fossil fuels by 2030. To achieve this prodigious target, India may have to disrupt leading industries including textile and garments, by discouraging practices, which leads to Green House Gas (GHG) emissions and encouraging use of renewable energy.

India is amongst the leading producer of textile fibres and yarns and has 60% of the global market share in looming capacity. It is worth mentioning that textile and apparel industry is one of the oldest sectors in Indian economy and in the present times, contributes about 5% to the nation’s GDP and employs over 100 million workers and professionals. Undoubtedly, textile and apparel sector plays a prominent role in the Indian socioeconomic structure and consequently, is an active and constructive participant in climate change issues.

In past few years, fast fashion has driven this industry into mass production of raw materials, mostly through conventional treatment processes and less efficient equipment. To meet the demand, the industry has also increased use of synthetic fibres and chemical dyes, which inevitably leave pollution footprints. In the ever-growing need to produce more, faster and cheaper, the industry has neglected the social and environmental values and sustainability factors. The use of fossil fuels in the entire manufacturing and supply chain and production of GHGs in the production cycle has made the textile and apparel industry the second largest polluter, second only to the oil industry.

India has a robust legal framework for protection and improvement of the environment. Statutes such as the Environment (Protection) Act, 1986, Biological Diversity Act, 2002 et al. were framed and brought into effect for preserving the delicate ecosystem, while allowing the economy to grow steadily. In 2010, the Indian Government introduced a specialized forum namely, National Green Tribunal, for effective and expeditious disposal of matters relating to environmental protection. Since its inception, the NGT has been actively adjudicating matters involving both state and private parties and even category of corporations such as ‘all the companies producing HCFC22 by product’. In context to garment and textile industry, the Tribunal had imposed fine on industries involved in bleaching and printing of fabrics in Tamil Nadu region. With its proactive and judicious approach the National Green Tribunal has given teeth to the statutes, which are responsible for controlling climate change effects in India.

However, the archaic laws and existing legal framework may not cause deterrence to the fashion and textile business in India. Interestingly, soon after the ratification, on October 10 2016, the Ministry of Environment, Forest and Climate Change introduced an amendment in the Environment (Protection) Rules, 1986 in respect to textile and garment units. However, the said amendment did not carry out any change in respect to emission norms for garment and textile industry. Being wary of its international obligations on climate change, the Central Government may consider further amendments in the law, particularly to regulate GHG emissions and water pollution. It is important to note here that textile industry is placed in the red category and thus the industry must be prepared well in advance for any change in law.

Tirupur, India is a classic example of how climate change has impacted and will continue to impact this industry globally. Much worthy of its mention, the zero liquid discharge approach by Tirupur based textile units has shown the way forward to rest to the businesses in other parts of the country.  For a sustainable growth, it is imperative that the industry should suo moto introduce Eco-friendly techniques, processes and systems at every stage of production and supply of fabrics and garments. In fact, in the recent years, several established and new labels have entered with sustainable clothing line, which certainly indicate a positive shift in the fashion industry. However, to tackle the persisting environmental issues, the Indian garment and textile industry must set an ambitious, yet achievable target.