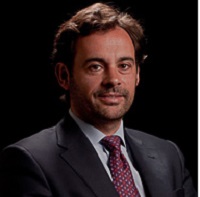 Ignacio Martínez is a Spanish attorney at law. Ignacio joined Jacobacci & Partners in 2009. Before that he worked for nineteen years as an IP partner at Eversheds Lupicinio in Madrid. Ignacio has also been a visiting lawyer at Nixon Peabody, Boston and Taylor Wessing, London. He has practiced Intellectual Property law for over 26 years, representing and advising Spanish and foreign clients and has an extensive experience in all IP-related matters, including patents, trademarks, copyright and unfair competition, in both contentious and non-contentious matters. Ignacio regularly attends the major IP conferences around the world. He is the author of numerous publications and has lectured on Intellectual Property including positions as IP professor at universities and post-graduate law schools. He is a frequent contributor to several IP magazines. Ignacio manages Jacobacci's Spanish offices.